All Politicians Lie: but some are “monolithic prevaricators” 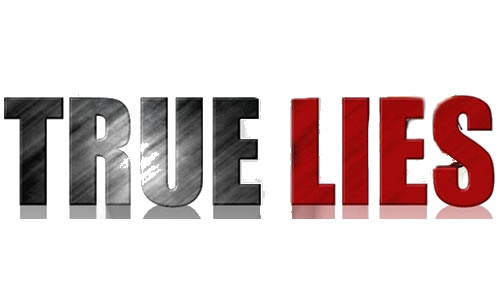 With the impending November 7th presidential and parliamentary election, the usual loud-mouthed quadrennial contest for fact-bending, deception, half-truths, misdirection, and downright lies; the challenge to win the hearts and minds of voters, is in full swing with tight-armour once again.

In inking this write up, I’m trying to maintain a neutral stance on which party and which candidates are the most unfaithful, disingenuous and dishonest. But frankly speaking, lying seems to be reaching its escalating apogee with less than a year until the general election, although I expect some “nasty” political landscape going into November 7th polls, given the politics of insult and name-calling across the political divide.

It’s very amazing how often politicians who are supposed to be fully grown “adults” look into the faces of voters and lie, and the most intriguing aspect is their unwillingness to admit that they lied. The strategy and euphemisms that politicians use in many cases for such bold-faced lies are legend and mind boggling. Politicians are great liars and often misspoke on a lot of issues.

The currently biased media most often than not misinterpret what politicians posit for purely business, political expedience and favouritism. The words of politicians are often misrepresented, twisted, distorted, exaggerated, or taken out of context. They overstated, misstated, understated, and transmogrify facts and opinions. But more intriguing is the fact that politicians never lie, at least that’s what they say and preach to the voters. Yet, the unvarnished truth is that politicians do lie extensively about substantive policies that have a possibility to win them votes.

The multi-million dollar question worth asking is that: Why are politicians so convinced that they can lie to the face of voters and get away with it? Voters in the 21st century have come a long way. Voters are very sophisticated lately and possess elevated thinking and analytical abilities given the internet and the crop of professional civil society groups and the level of political and economic discourse that runs through the media landscape, especially morning shows and press conferences.

Politicians never dream of adhering to honesty as a best policy in political discourse. Political communicators are bent on feeding the public with “baked” information to stimulate voters to vote based on lies and non-issues. This attitude suppresses facts and sound policies which should have been a basis for voting for a preferred candidate.

Party loyalists most often complain about media and opposition biases, but it is interesting to know that the less partisan and strategic voters; often called the “floating voters” for some time now pay a lot more attention to the media, issues raised by credible policy analysts and statesmen, and more importantly their living conditions, especially in a country where elections are usually worn by a few margin. Trust and integrity are still crucial assets for a politician going forward given the social contract principle and the need for accountability.

Politicians know their followers will believe them, even in the face of irrefutable evidence to the contrary. Politicians and their adherents live in an echo chamber in which everyone watches the same news channel, listens to the same talk radio, reads the same newspapers and web sites, and hangs out with the same like-minded people. There exists an impermeable membrane that prevents conflicting information from entering their inner circles.

Many politicians are narcissists; it isn’t difficult to see the connection. Narcissists are arrogant, self-important, see themselves as special, require excessive admiration, have a sense of entitlement, and are exploitative. This constellation of narcissistic attributes causes them to believe that they are right and, even if they are not, they’re too smart to be caught or suffer the consequences.

People don’t want to hear the truth. Truth, as the saying goes, hurts and no one wants to hear things that threaten their existence, their beliefs, or that will make them uncomfortable. It is decidedly better for politicians to tell people what makes them feel comfortable. Why should politicians be the purveyors of bad news and decrease the likelihood of getting people’s votes, when they can tell fairy tales with happy endings which, of course, everyone wants and come out victorious?

Truth matter very much in politics and that those politicians who spew “lies” and “propaganda”, should know that, most people don’t settle on a candidate until much closer to casting their vote. It’s the voters who will at the end punish or reward candidates for what they’ve said on the campaign trail.

I’m very confident that Ghanaians have all the information they need to help them choose wisely on November 7th.